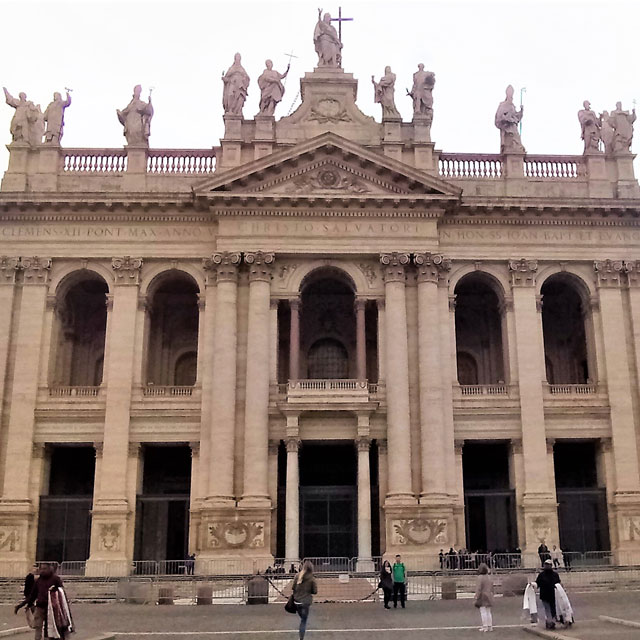 In the neighborhood of Roma San Giovanni, a popular and lively district that benefits of excellent connections to the rest of the City, it combines ancient ruines with modern architecture and it's also rich of shops and historic traditions. The San Giovanni in Laterano Basilica stands as Rome's oldest major Basilica in the world, builted 14 years before the most famous Basilica of Saint Peter.

The Hotel is located at only at 15 minutes walk to the San Giovanni Basilica and only 100 meters to Tuscolana train Station (regional train FL1), it's a great location both for tourists exploring Rome and also for business travellers, only 30 minutes by train for joining the New Rome Fair and to International Airport Fiumicino "Leonardo da Vinci".

Easy to join by public transportation, the stop PONTE LUNGO of the Subway line A it's only 200 meters distant, as well several buses on the are connects to main interesting sites.

In a few metro stops you can reach main historical squares and architectural sites like Spanish Steps, Saint Peter, Pantheon!

We can arrange a Shuttle service from/to airports at competitive rates and you can easily pay at the reception.
Book now the transfer service!

How to join us:

METRO A: direction Anagnina up to PONTE LUNGO stop - ticket cost 1,50€ - (5 stops, about 6 min). by walking: take exit to Via Gela, walk to Via Tuscolana. At the end of Via Gela you'll see the traffic light crossing with Via Tuscolana, just look in front of you and cross the street for joining the Hotel Tuscolana)